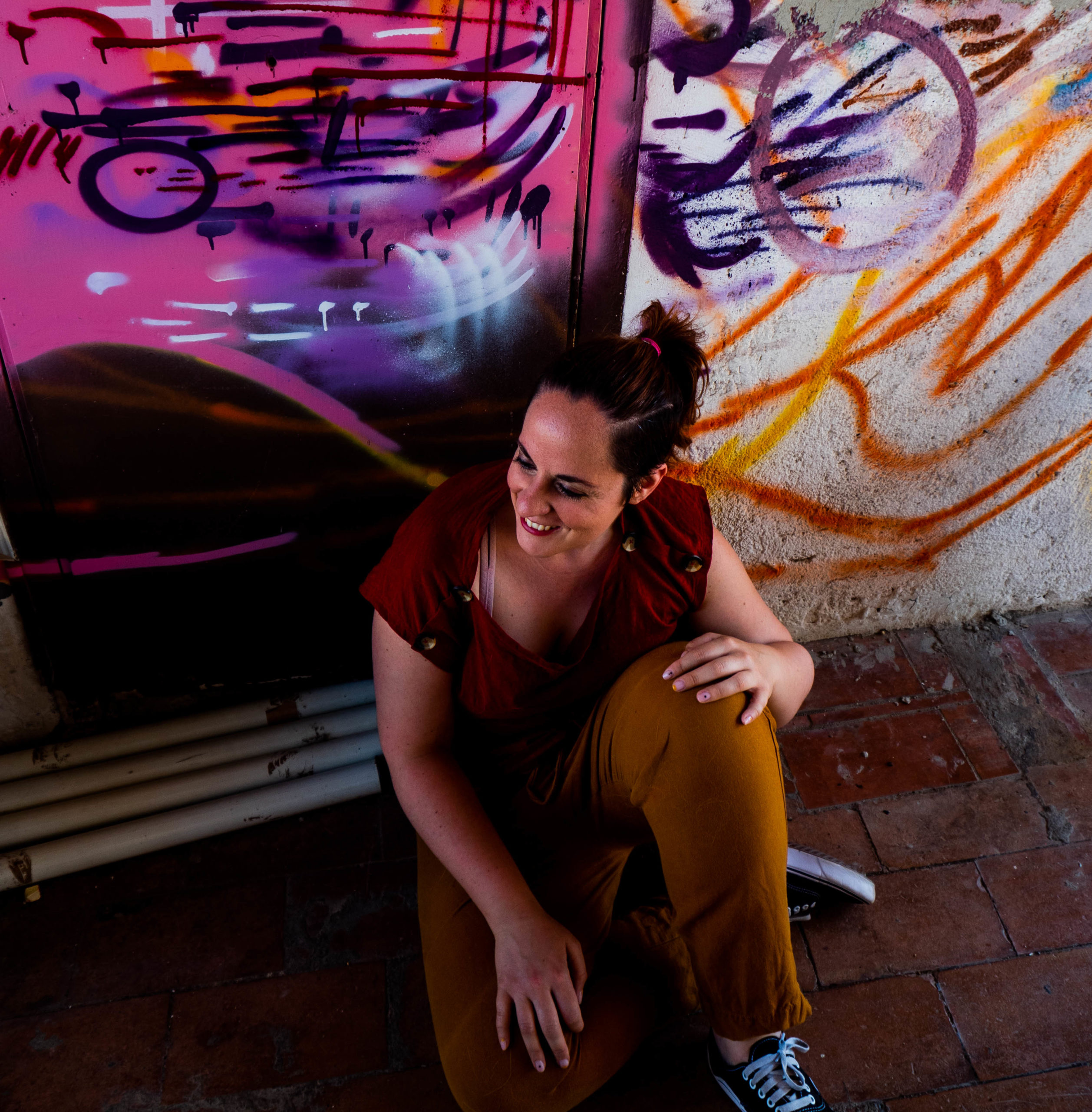 Raised nearby the sea and surrounded by palm trees, her interest in the local culture and the identifying elements of the bliss was strengthened over the years.

Throughout her life, Debra has always felt that it was easier to communicate through images. After a brief stint at Fine Arts, she entered the Scenography Specialty at the Institut del Teatre, from which she graduated in 2007.

After a few years working in the alternative scene in Barcelona, she decided to return to illustration and painting.

In 2010 she finished her MA in Urban Arts at the University of Barcelona.

Since then she has been part of the international collective Microgalleries, a collective focused on urban art as a catalyst for social and political art, where she has worked as a mentor and illustrator.

Collaboration at the “Wall of fame” for Gambino Hotel Werksviertel – Munich, Germany

Art of Activism at The Printspace Gallery, exhibition – London, UK

A little bit of me in each pixel...

ABOUT by debora ESPINOSA is licensed under a Creative Commons Attribution-NonCommercial-NoDerivatives 4.0 International License.

Display your work in a bold & confident manner. Sometimes it’s easy for your creativity to stand out from the crowd.

This website uses cookies to improve your experience while you navigate through the website. Out of these, the cookies that are categorized as necessary are stored on your browser as they are essential for the working of basic functionalities of the website. We also use third-party cookies that help us analyze and understand how you use this website. These cookies will be stored in your browser only with your consent. You also have the option to opt-out of these cookies. But opting out of some of these cookies may affect your browsing experience.
Necessary Always Enabled

Any cookies that may not be particularly necessary for the website to function and is used specifically to collect user personal data via analytics, ads, other embedded contents are termed as non-necessary cookies. It is mandatory to procure user consent prior to running these cookies on your website.